William "Bill" McCoubrey, 88, passed away on Dec. 28, 2011. Born in Baltimore, he was the son of the late Albert and Charlotta Baquol McCoubrey. He is survived by his wife Linda Smith McCoubrey, the owner and operator of Linda's Barber Shop in Whaleyville. He was preceded in death by his first wife of 52 years, Mary Pat Carr McCoubrey, who was the loving mother of William Christopher McCoubrey of Cincinnati, Ohio and Charlotta Elizabeth Weaver of Evergreen, Colo. He was the adored grandfather of Chris, Mike and Laura. He is also survived by his stepchildren, Carla Tilghman, and her husband, Rob, of Salisbury and Jay Adkins, and his wife, Lisa, of Fruitland. He has numerous grandchildren and two great-grandchildren.

Bill served in the United States Navy during World War II. Upon his return, he went to work for Baltimore Press and became a journeyman printer. He spent the next 42 years in the business, retiring from International Paper Company in 1987, and soon after, he moved to Ocean Pines. He became an active member in the Ocean Pines Fire Department in June 1989 and later served as Chief of the department. He was a life member of the department since December 1999.

Bill was an avid surf fisherman and golfer.  A fireman's funeral service was held on Monday, January 2nd, at the Burbage Funeral Home PA in Berlin. 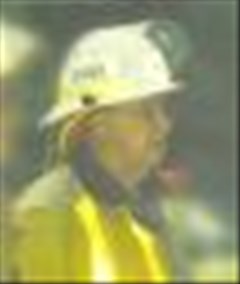 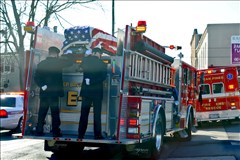 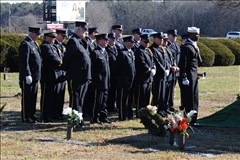