At 4:09pm on Sunday, September 27, 2020, the Ocean Pines Vol. Fire Department was alerted for a medical emergency. OPVFD Paramedic Units arrived first on scene and began assessing the patient while a member of the Ocean Pines Police Department began investigating the cause of the emergency. While conducting their investigation, the police officer suffered an unknown medical emergency which required them to be transported to Atlantic General Hospital. Assistant Chief Widgeon responded to the scene and based on the unknown circumstances of what caused the medical emergency for the officer, a full fire and hazmat response was requested, and the Worcester county Sheriff's office responded as well.

Chief Grunewald established command and out of an abundance of caution, the emergency scene was officially deemed a hazmat incident, and the homes in the immediate area were evacuated. Once the Worcester County Hazmat team arrived, their members established a plan to determine the safety of the scene and remove any hazards, if needed. After appropriate PPE was donned, their teams cleared the scene and the OPVFD facilitated a decontamination station and served as a Rapid Intervention Team (RIT) in case a team member suffered an emergency while inside the residence.

Due to the duration of the call (over 3 hours), Chief Grunewald requested the OPVFD Canteen respond to the scene which provided rehab for all emergency personnel on scene.

The hazmat team determined the scene was safe, and the scene was turned over to the Ocean Pines Police and Worcester County Sheriff's office for further investigation. 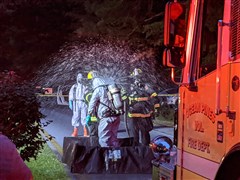 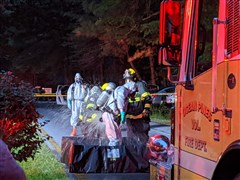 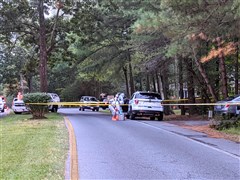 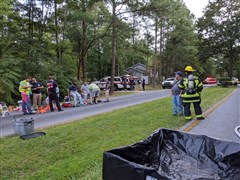 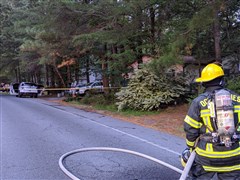 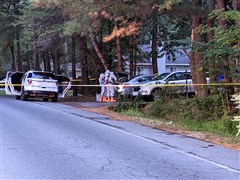 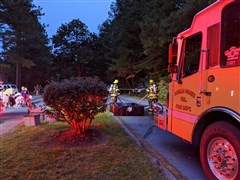 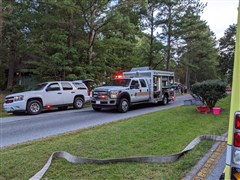 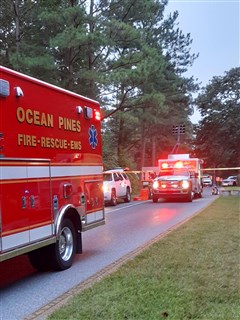