At 12:25pm on Thursday, November 19, 2020, the Ocean Pines Vol. Fire Department was alerted for a commercial structure fire and additional responses were requested from the following departments: Berlin, Bishopville, Ocean City, and Showell.  As units were responding, dispatch advised of a fire in a commercial kitchen. Chief Grunewald arrived on scene with Command 11 and established command as crews from 1100 Paramedic 1 and engine 1102 investigated. Interior crews discovered a fire that originated in the area of the commercial cooking range and despite attempts by kitchen staff to extinguish, was still on fire. A 1 3/4 inch hand line was placed into service to extinguish all remaining fire as well as cool hotspots while crews checked the adjacent business and the roof for extension. It was determined through the use of thermal imaging cameras that there was no spread, and the fire was contained to the commercial kitchen. Due to the nature of the incident, the scene was turned over to the Worcester County Fire Marshal's Office further investigation. 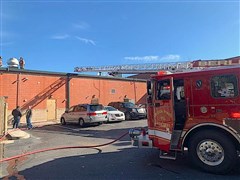 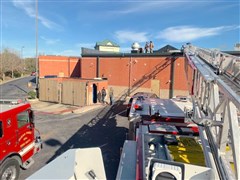 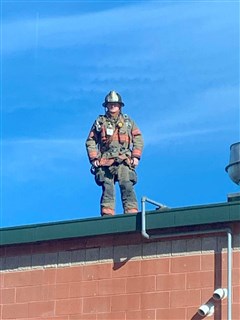