At 7:18am on Saturday, March 6, 2021, the Ocean Pines Vol. Fire Department was alerted for a residential structure fire in the area of Sandyhook Road.  Worcester Central advised that the caller stated, "There was a fire on their porch, and it was spreading to the house and that they had three babies inside" and then connection with the caller was lost. Additional responses were requested from the Berlin, Bishopville, Ocean City, Showell, and Selbyville Fire Departments.

1100 Paramedic 3, who was en route to a previously dispatched medical emergency advised that they could see smoke from Ocean Parkway.  Chief Grunewald arrived on scene, established command, advising heavy fire from the initial residence with extension to the neighboring house and called for defensive operations. Contact was also made with the caller who advised all 7 of their family members had safely evacuated the residence.

Crews from Engines 1101 & 1102 quickly established a water supply and placed multiple attack lines in service. Once an initial knock was placed on both fire buildings, crews entered each home with additional house lines and tools. Interior crews in the primary fire building were met with heavy smoke and fire conditions while the neighboring residence fire damage was confined to the exterior. With five attack lines in service, crews were able to successfully extinguish the fire and remained on scene for an extended period of time completing overhaul.

One firefighter sustained injuries and was transported to Atlantic General Hospital; we are happy to report that they have been treated and released.

The Red Cross is actively working with the family that has been displaced. a gofundme has been setup to help the family. 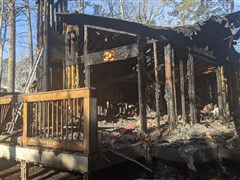 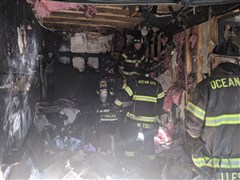 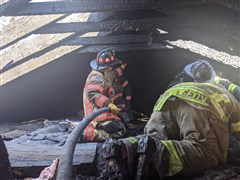 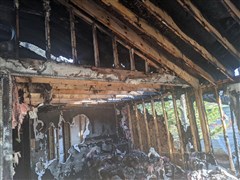 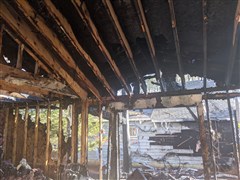 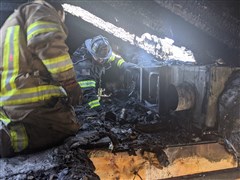 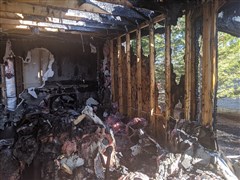 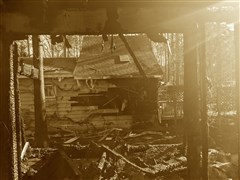 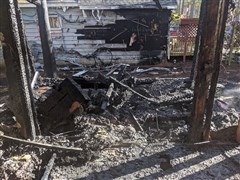 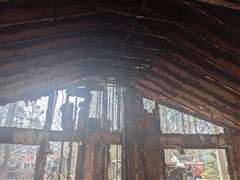 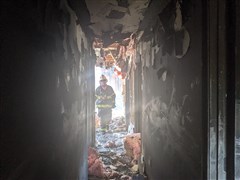 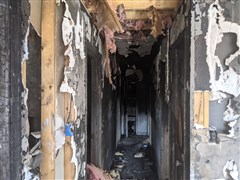 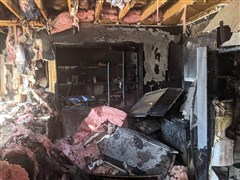 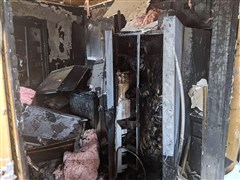 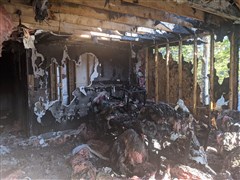 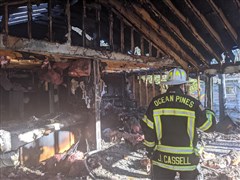 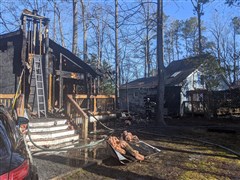 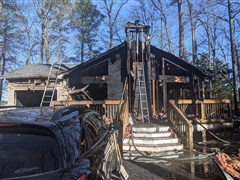 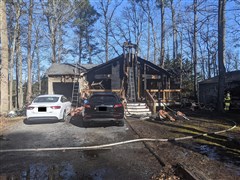 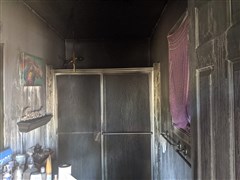