At 7:40pm on Thursday, June 17, 2021, the Ocean Pines Vol. Fire Department was alerted for a motor vehicle accident involving two vehicles in the intersection of Cathell Road & Racetrack Road. 1100 Paramedic 2 & 3 were first to arrive on scene and confirmed two vehicles with two patients and one K9. Chief Grunewald assumed command and requested crews from Engine 1101 deploy the front bumper line due to the large amount of fluid on the roadway. Additional personnel from Engine 1101 & Rescue 11 along with the Ocean Pines Police Department rescued the K9 passenger who had escaped from its vehicle during the accident. All patients were evaluated on scene; one patient refused further treatment, one was transported to Tidal Health, and the K9 was returned to its residence OPPD. After a brief period of cleanup, the scene was turned over to the Maryland State Police for further investigation.

REMEMBER: Watch Out For The Other Guy! Sometimes, you could be driving as safe as possible, obeying all traffic rules and speed limits, and someone crashes into you. There’s nothing you can do about that. When you’re driving, it doesn’t hurt to assume everyone else on the road is inattentive. Be prepared for sudden stops, tailgating, swerving, unsignaled turns, and every other imaginable bad driving behavior. There’s a big chance you’ll eventually be right and it pays to be prepared. 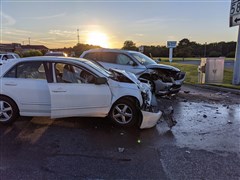 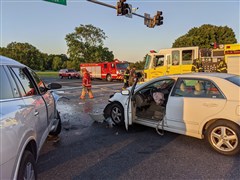 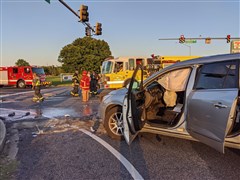 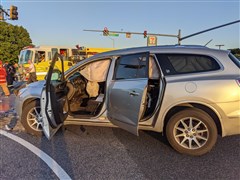 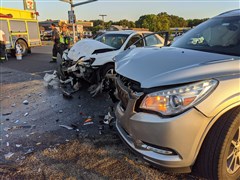 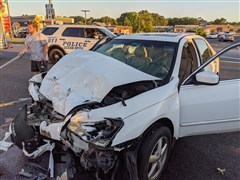 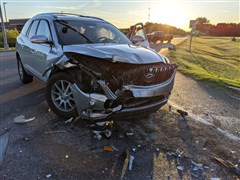 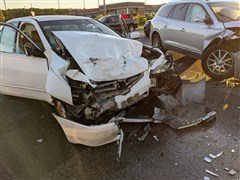