At 8:33 am on Tuesday, March 22, 2022, the Ocean Pines Vol. Fire Department was alerted for a residential structure fire at 10 Maid Marion Lane. Worcester Central advised that the caller could smell smoke in the house and all occupants were out of the house. Additional responses were requested from the Berlin, Bishopville, Ocean City, Showell, and Selbyville Fire Departments.

Chief Grunewald was first on scene, established command and advised of nothing evident; upon completing his 360 of the house, smoke began to bank down in the house. On arrival, the crew from Ocean Pines Engine 1102 immediately began investigating the source of the smoke and eventually discovered active fire conditions in a second floor rear bedroom.

Crews were able to quickly extinguish the fire and begin overhaul operations to ensure the fire did not spread to other areas of the house. Thanks to the extensive training and experience of all the volunteer & career firefighters who responded, the bulk of the fire damage was limited to the original room of origin as well as the ceiling of the garage.

After completing overhaul, the scene was turned over to the Worcester County Fire Marshal's Office for further investigation.

As you will see from the pictures, the room where the fire was located had the door closed. While the closed door initially helped conceal the fire from the occupants and the fire department, it also helped keep the fire from spreading throughout the house. This is an example of why we always recommend that you close your bedroom doors while sleeping; CLOSED DOORS HELP SAVE LIVES.

The OPVFD would like to thank all our neighboring departments who assisted today on scene as well as covered our stations during the incident. 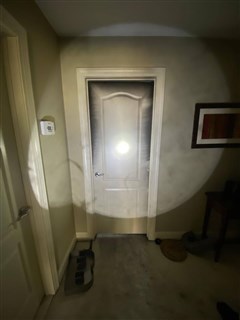 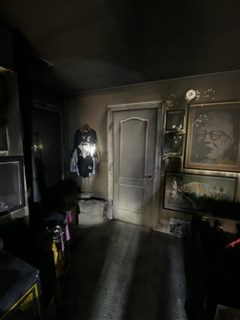 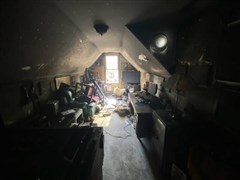 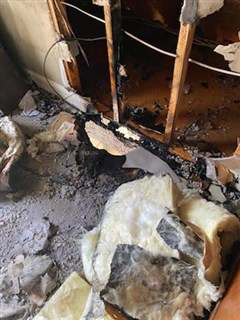 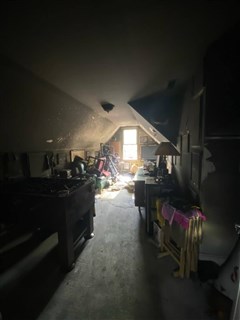 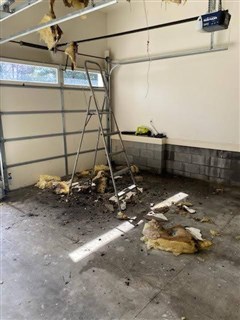 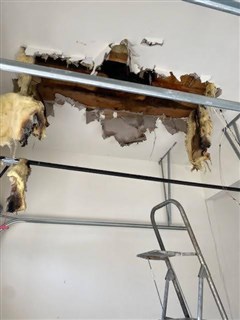